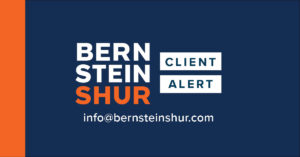 Following legal challenges by the Portland Regional Chamber of Commerce, among others, the referendum was upheld by the ME Supreme Judicial Court and the so-called hazard pay during states of emergency was delayed until January 1, 2022. The emergency-pay provision will now take effect on January 1, 2022, requiring all businesses in Portland to pay a minimum wage of $19.50 per hour for the duration of the state of emergency. The City Council will revisit this issue in its meeting on January 3, 2022.

In November 2020, voters in the City of Portland passed a referendum to increase the city’s minimum wage that will apply to businesses and workers in Portland. The referendum increased the minimum wage and required so-called hazard pay at a rate of one and a half times the regular minimum wage for all periods in which there is an emergency declaration by the city or the State that applies to the workplace.

Now that the changes are taking effect, let’s revisit some of the questions you may have as you consider what this means for your business.

What Does This Mean for my Business Today?

One aspect of the referendum relates to so-called “emergency” or “pandemic” pay, which would go into effect on January 1, 2022, requiring a minimum hourly wage of at least $19.50 per hour for all work performed during the declared state of emergency. The referendum also included year-over-year increases to the minimum wage in Portland, which would become $13.00 per hour on January 1, 2022. The emergency-pay aspect of the referendum requires Portland workers to be paid at least 1.5 times the new City of Portland minimum wage for all periods of emergency as declared by the City, or by the State if the emergency applies geographically to the workplace within the Portland city limits.

As of the date of this writing, the Portland City Council has continued its state of emergency, which allows public meetings to take place remotely, allows certain outdoor dining and street closures. The City Council declined to repeal the state of emergency on December 20, 2021, and will reconsider the issue on January 3, 2022, after the emergency-pay provision has taken effect.

Although this provision was challenged in a high-profile lawsuit brought by the Portland Regional Chamber of Commerce, among others, in July 2021, the ME Supreme Judicial Court upheld the referendum as constitutional and a lawful exercise of voter initiative referendum powers, but the Court also held that the plain language of the ordinance was that it became effective only on January 1, 2022. Although many employers took the preventive and risk-averse measure of adopting the emergency-pay provision pending the outcome of this case, the emergency-pay provision will take effect for the first time on January 1, 2022.

Does the pandemic pay increase apply to all workers?

No. With the changes to the ordinances through this referendum, there will be no changes to any employee who works from home, for work performed from home. If employees are working from home some of the time, but present at the worksite for other times, they must be paid the increase during periods of on-site work.

What if my employees are “exempt” as defined in the Fair Labor Standards Act or under ME law?

If they are truly exempt, these increases will not apply to them. The Portland City Code adopts the definition of “employees” in Section 663(3) of Title 26 under state law. Those exemptions include the most common exemptions for the following (non-exhaustive list):

We strongly encourage you to revisit your classification status to ensure that you are properly classifying workers either as employees (as opposed to independent contractors) and as exempt (as opposed to non-exempt workers).

A common misunderstanding is that salaried workers are exempt either under local, state, or federal law. This is not true. Exemption status depends not only on whether an employee is salaried but also on the employee’s job duties, which warrants a careful review with counsel, as you may have some salaried, non-exempt employees.

Will I be required to pay $19.50 per hour to my employees immediately?

Thereafter, the minimum wage will increase annually on January 1st (in line with the state law), but it is pegged to the Consumer Price Index for all urban consumers (“CPI-U”) for the northeast region, unless the state minimum wage is higher, and then it will be the higher of the two amounts.

What if I am based in Portland, but I have employees who work outside of Portland, does the emergency-pay provision apply to them?

No. Under the existing definitions in the ordinance, the minimum wage payment is required “for each hour worked within City Limits.” An “Employer” as defined in the ordinance, having a place of business within the city limits, but who has employees performing work outside the limits of the City of Portland need not pay the emergency-pay or increased minimum wage for those hours of work. Those employers should ensure that there are proper processes in place with the employee’s timekeeping and payroll systems to ensure that the hours of work that are performed within Portland and outside the city limits are accurately recorded and paid.

How does the minimum wage increase affect tipped workers?

For employers who take the tip credit and allow tipped employees to be paid minimum wage through the payment of tips, up to a certain amount, the referendum adds a provision stating that the tip credit can be no more than 50% of the City of Portland minimum wage amount established by the ordinance.

The 50% threshold is the same as the state law, which requires that the tip credit be no more than 50% of the ME minimum hourly wage, which at present is $12.15 per hour (so the tip credit is, at most, $6.00). When the City of Portland minimum wage increases, starting on January 1, 2022, the new minimum wage for tipped employees must be $9.75 per hour for the duration of the state of emergency, and $6.50 per hour if the state of emergency is repealed.

What happens if I am unable to comply?

It is possible that the penalties for noncompliance, even if the employer is unable to comply, may be severe. The existing ordinance, which was amended by the referendum includes the ability for aggrieved employees to sue for any back wages that should be due plus any penalties (of at least $100 per day), plus attorney’s fees. Unlike state and federal law, the ordinance does not include a so-called treble damages provisions (requiring payment by violators of 3 times the amount of unpaid wages), but it is possible that the state law requiring “timely” payment of wages could be invoked to require treble damages for any unpaid wages under the Portland ordinance. Attorney’s fees can also be quite sizeable and may exceed total wage costs. Thus, the consequences for non-compliance could be severe.

Employers should review their classification decisions with counsel and ensure that they understand what changes will be required as of January 1. As we learn more about what this ordinance will mean for Portland-based employers, we will update this guidance.